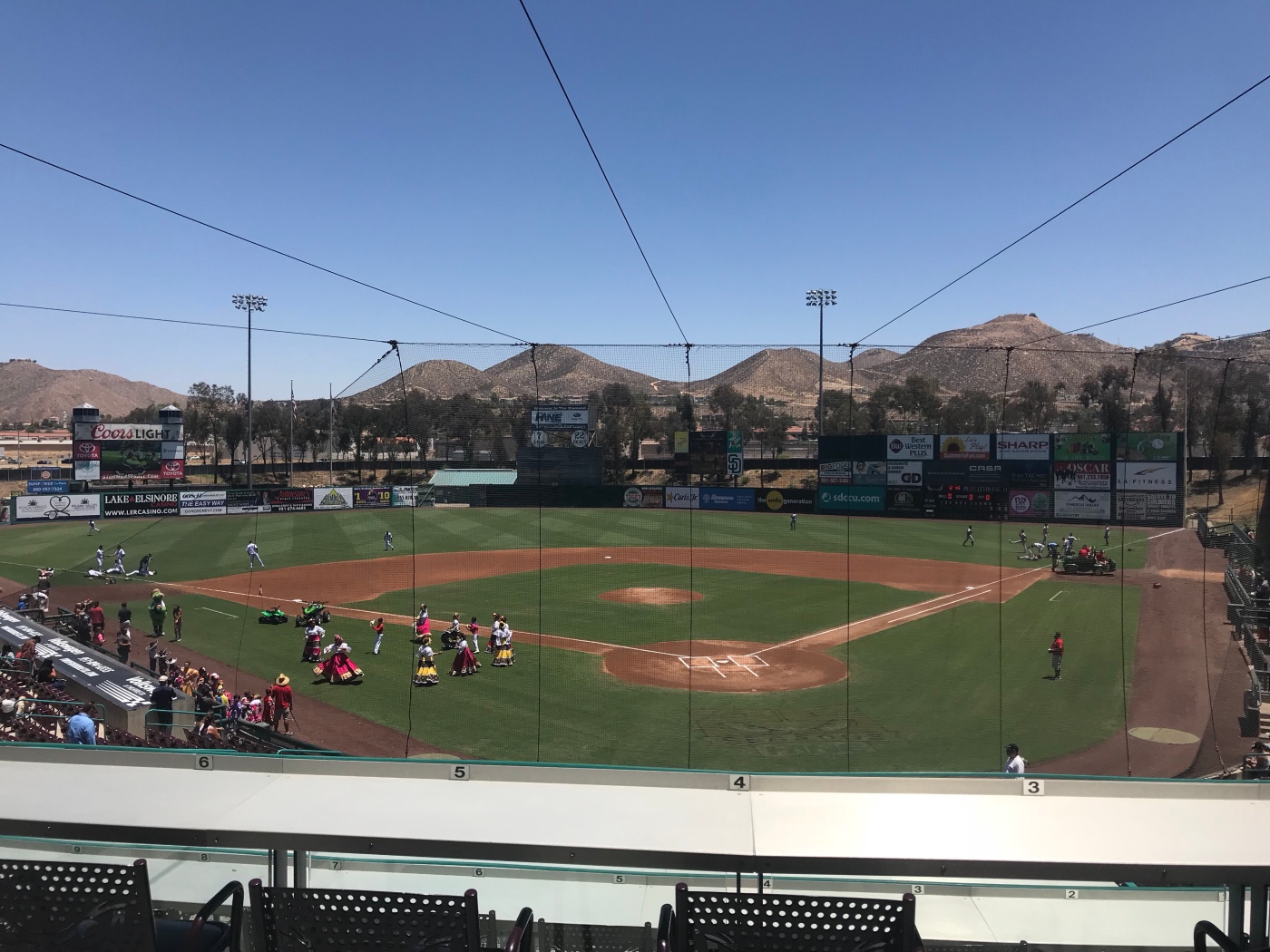 For our only day game of the tour, we hopped into the car and drove south into the desert to visit the Lake Elsinore Storm at the Diamond! 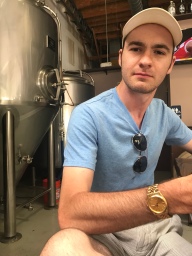 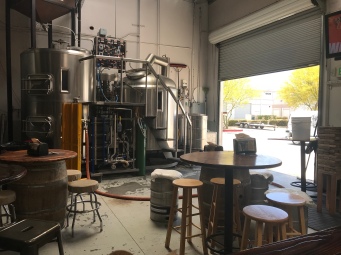 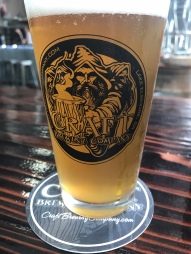 We were the first ones in the door at noon when the Craft Brewing Company opened its doors. Like No Clue in Rancho Cucamonga, Craft Brewing was located in a business park, and the tap room shared the space with the large kegs. The place seemed sleepy when we arrived; I would like to see its atmosphere on a Friday or Saturday evening rather than just after church on a Sunday. We only stayed for a pint, but I enjoyed their hazy IPA well enough.

Welcome to the California League, where the pitching is made up and the errors don’t matter…unless they score runs. The Inland Empire 66ers got two runs on the board through Edward Olivares’ error in the fourth inning to take a 4-0 lead. The Storm struck back though, plating three runs in the sixth inning (one through a wild pitch) to tie the game. They could have done even more damage; 66ers reliever Eduardo Rivera walked the only three batters he saw to load the bases with one out; Zac Ryan got the next two outs in quick order to get out of the jam. With the game tied in the ninth inning, the 66ers got two men in scoring position but failed to capitalize. Kelvin Melean’s double set the table in the bottom of the ninth for the Storm, and Buddy Reed’s single brought Melean home for the walk-off — the first walk-off we’ve seen on our ballpark tours. 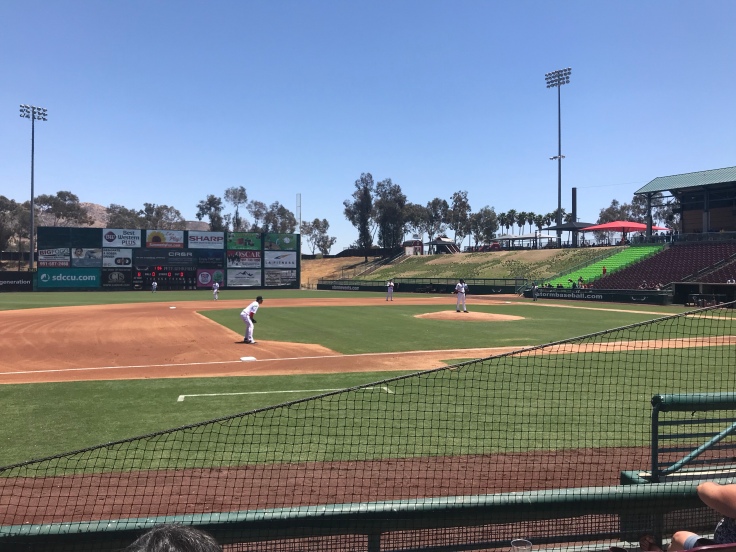 Ballparks in deserts are tricky things. First, day games are a baaaaaad idea — we sat in our sunwashed seats in the 95-degree heat for only three innings before retreating to the corner outfield bar. Though a number of fans remained in the shadier areas of the park, the primary seats were almost abandoned by the end of the game.

Secondly, a key component of a ballpark is the areas and vistas around it. Cities offer great views and attractions; waterfront ballparks are even better. Deserts offer…sand. And scrub. Which is not exactly conducive for great views or attractions near the park. 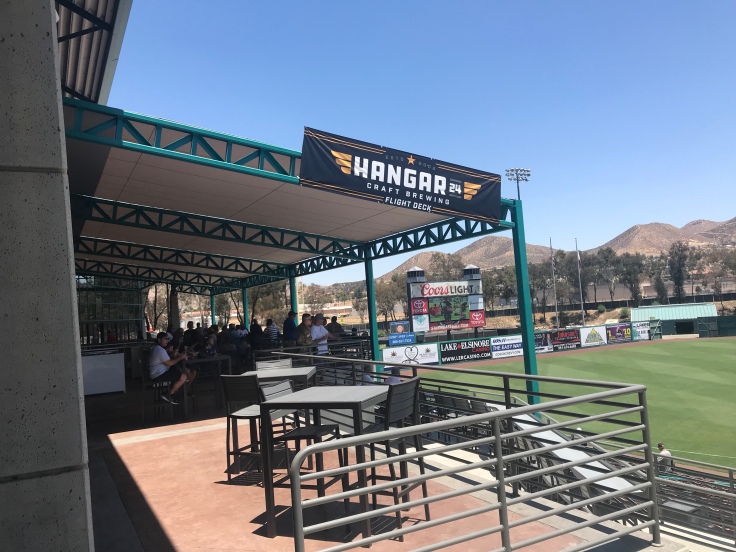 For it’s location, the Diamond offers solid facilities. The concourse looks out over the field, and I really enjoyed the standing room seating near the Diamond Club in left field.

My complaints with the Diamond center on character and atmosphere. The Diamond felt like a vacation ballpark in the middle of the desert: a bit sleepy, secluded, and laid-back bordering on nonchalant. Our visit to Lake Elsinore was enjoyable, but the ballpark won’t stand out in my memory. 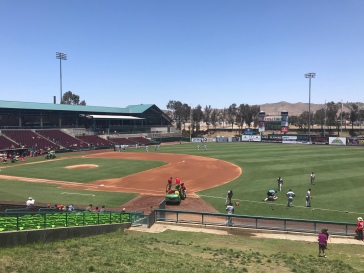 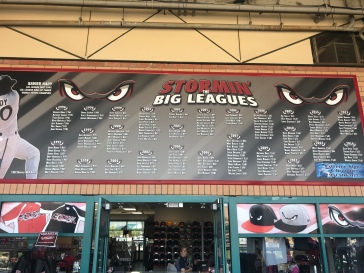 One of the things that makes a successful ballpark is the area it’s around. While yes, the Diamond has scenic views of the mountains in the background, that’s about it. With a sea of parking lot, no housing, shopping complexes, or buildings for that matter in the area around the park, it made it a very odd place for stadium to be. I believe that it limits the teams ability to fully integrate itself into the community and develop some sort of personality when combined with the area it’s in.

Now, in terms of the park itself, it is not a bad little park when considering the basics. The concourse offers unobstructed views of the field at all times, has a variety of seating areas including lawn seating, drink rails, the Hangar Bar in left field, and the Diamond Club, and has a manually operated scoreboard. 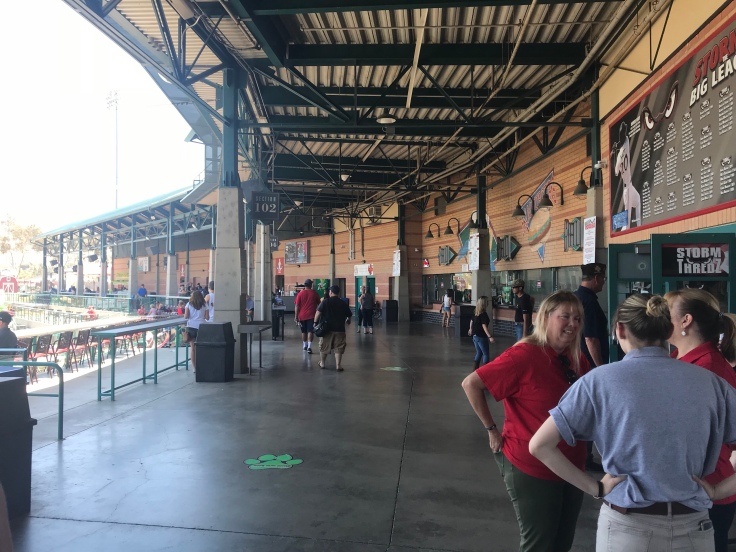 Outside of those things, what stood out to me more was what this ballpark lacked. The ballpark lacked character and to me, also lacked an identity. Was it trying to be a classic ballpark with simple elements or a modern ballpark with nice finishes? Was it trying to be a ballpark that felt warm, inviting, and for everyone or a ballpark that had the nice facilities trying to attract the vacation family. I feel that because of that lack of identity combined with the odd location of this park really hurt its chances on my list.

Overall, the Diamond is a decent place to watch a game. There isn’t a bad seat in the house. I feel, however, that this park will stay low on my list just because it was unsure of what kind of stadium it wanted to be and with its geographic location in Lake Elsinore. 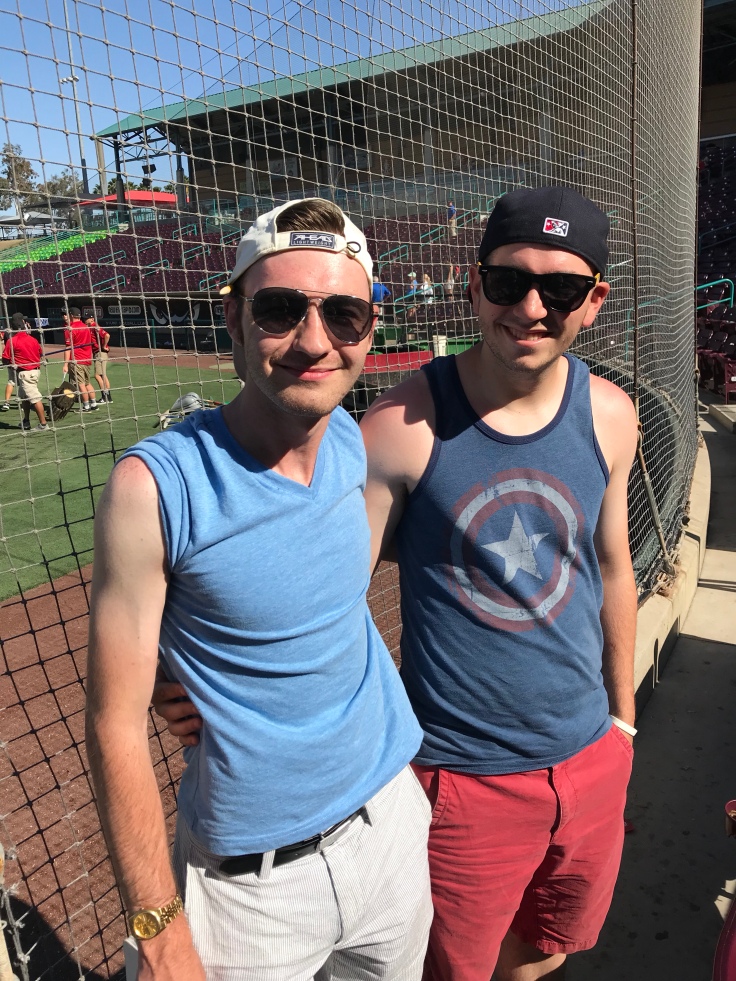