Every Friday up to the first week in June, Brett and I will be previewing the ballparks we’ll be visiting on our summer ballpark tour. First up is our first stop: LoanMart Field, home of the Rancho Cucamonga Quakes.

The Quakes have technically been an existent minor league franchise since 1966. They formed as the Lodi Crushers in the mid-60s as a minor league affiliate for the Chicago Cubs. Since then they’ve flitted from one major league team to the other like a love-starved high schooler. While in Lodi the team was affiliated with the Cubs (1966-68), the Athletics (1969), the San Diego Padres (1970-71), the Baltimore Orioles (1972-75), and the Los Angeles Dodgers (1976-83). With each new affiliation came a new name; while in Lodi they were called the Crushers, Padres, Orions, Lions, Orioles, and Dodgers (Orions is definitely the best of all those names).

After the ’83 season the team couldn’t find an affiliate, and spent a few years on the shelf until ownership struck a new deal with the Seattle Mariners. The team found a new home in San Bernardino and reformed as the San Bernardino Spirit, where a young slugger named Ken Griffey Jr. played his early professional games.

Since 2011, the Quakes have been the High-A affiliate of the Los Angeles Dodgers. The core of their NL-winning side came up through Rancho Cucamonga, including Cody Bellinger, Joc Pederson, Yasiel Puig, and Corey Seager.

The Dodgers still wield a strong farm system, though many of the their top prospects have already graduated into the major leagues. The Quakes’ roster is highlighted by outfielder Jeren Kendall, the Dodgers first-round pick in 2017 and their 4th-ranked prospect according to MLB Pipeline. Kendall has a chance to be a five-tool player, with a strong arm in center field and speed on the basepaths. Joining him is infielder Gavin Lux, the Dodgers’ first round pick from 2016, who has strong defensive attributes but will need to improve his bat to advance through the Dodgers’ system.

On the mound, the top prospect at Rancho Cucamonga is right-hander Jordan Sheffield. A bit undersized compared to other pitchers, Sheffield has already had Tommy John surgery. The 22-year old has impressive stuff, with a fastball topping out around 98 and a changeup that can induce swinging strikes. In his first start of the season, Sheffield gave up only a solo home run across five innings in a no-decision against the Visalia Rawhide.

Originally known as “The Epicenter” (which might be the coolest name for a ballpark ever), LoanMart Field (not as cool of a name) is a 6,000-capacity stadium opened in 1993. Like a lot of minor league parks, there is no seating in the outfield; all of the seats are behind home plate and along the first- and third-base lines. 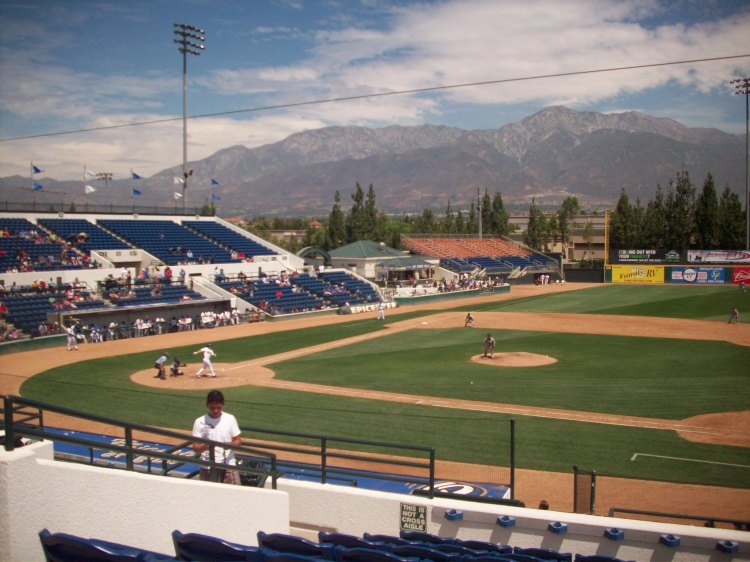 The skyline of the stadium is impressive for a suburban ballpark. Beyond the third base line sit the San Gabriel Mountain range–thankfully, our seats are on the first base side, so we’ll get to enjoy the view! 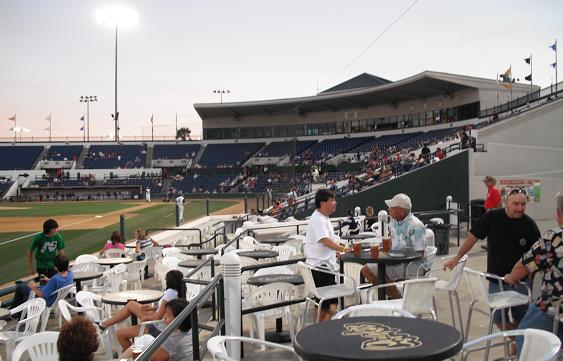 The seating chart for the ballpark on the RC-Quakes website includes two cafe pavilions along both foul lines, where fans can get a table for their food while watching the game. 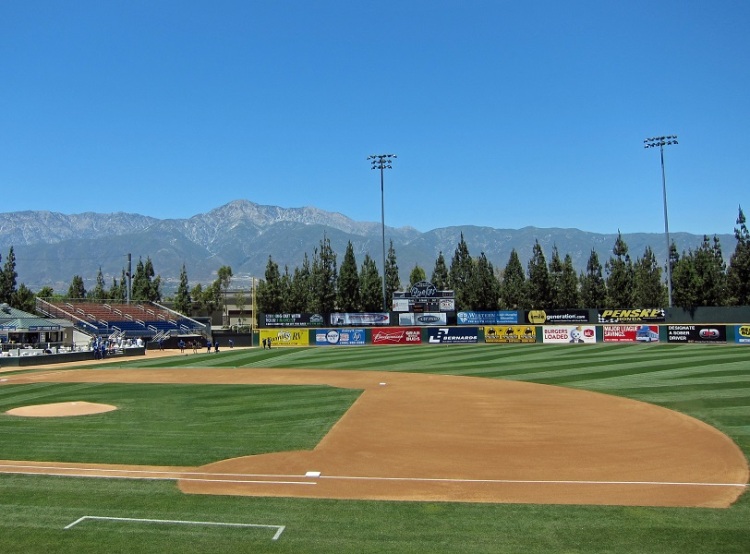 Brett and I have seats in the Field Boxes along the first base line, where we’ll get a good view of the on-field action and the mountains in the distance. Even better, our seats are right next to the pavilion, for easy access to food and–more importantly–beer! 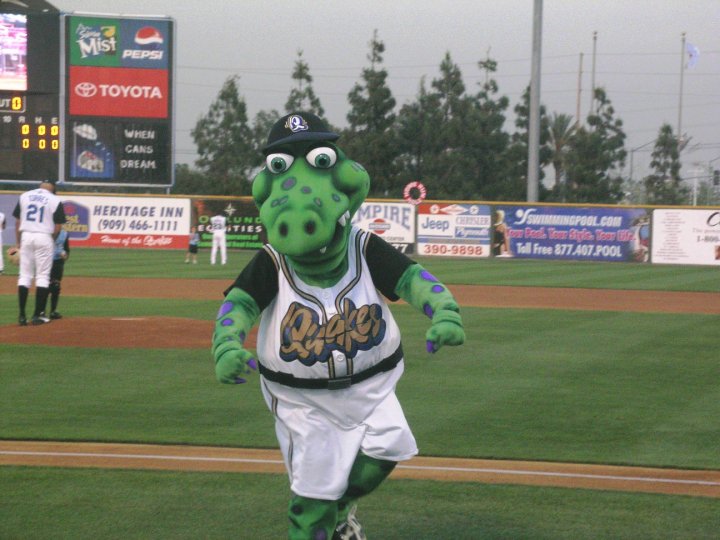 We’ll meet him and the rest of the Quakes at LoanMart Field, the first stop on our ballpark tour! Stay tuned for next week’s preview, when we look at The Diamond, home of the Lake Elsinore Storm.