When Scott and I decided to take the leap and buy tickets for the London Series, we both had no idea how MLB was going to promote this event. In a country where football (soccer for us American idiots) and cricket are king, there was no telling how the game was going to be received in a country where baseball is virtually non-existent. The most that I had discovered last fall when we bought our tickets was that there were a few youth programs and a loyal underground of baseball fans in the UK that were pouncing on tickets. It was going to take a collaborative effort between the city of London and MLB to pull this off, and from what I can tell, they knocked it out of the park.

Since I returned to the states and since MLB has been releasing data about the success of the series, it is clear that the loyal UK fan base came out in force. Seventy percent of ticket purchases for the two game series were made from inside the United Kingdom. The major issues for Major League Baseball was not selling out tickets, it was determining in the months leading up to the game as to how to promote the game. MLB had to simplify explanations on the rules of the game for the causal fan who maybe had zero idea for how the game was played without alienating the fans who were well-versed in the game. The marketing strategy also needed to be built on a long-term model. Because MLB and the City of London signed a multi-year agreement, there will be future games played in London. A foundation needed to be built to make the London Series into a major event.

In this article, I am not focusing on the actual ballpark experience. Instead, I am looking at the three major ways MLB promoted the series before the first pitch was even thrown: marketing through London, youth monogramming, and the MLB Block Party and the Truman Brewery.

In terms of marketing throughout the city, MLB did a good job of having a presence without overwhelming you. It was like a scavenger hunt in a way, but when you saw something related to the series, it made you excited. There was the large display at London Bridge where fans could take pictures with a historic site in the background. There were adds in the Underground, player meet and greets scattered throughout the city, and an app (which I only now just discovered) that would lead fans on a walking tour throughout the city introducing you to all 30 MLB teams while you learned about historic London. The marketing throughout the city was the perfect blend of not being overwhelming while still promoting the game for regular people that stumbled into those moments. 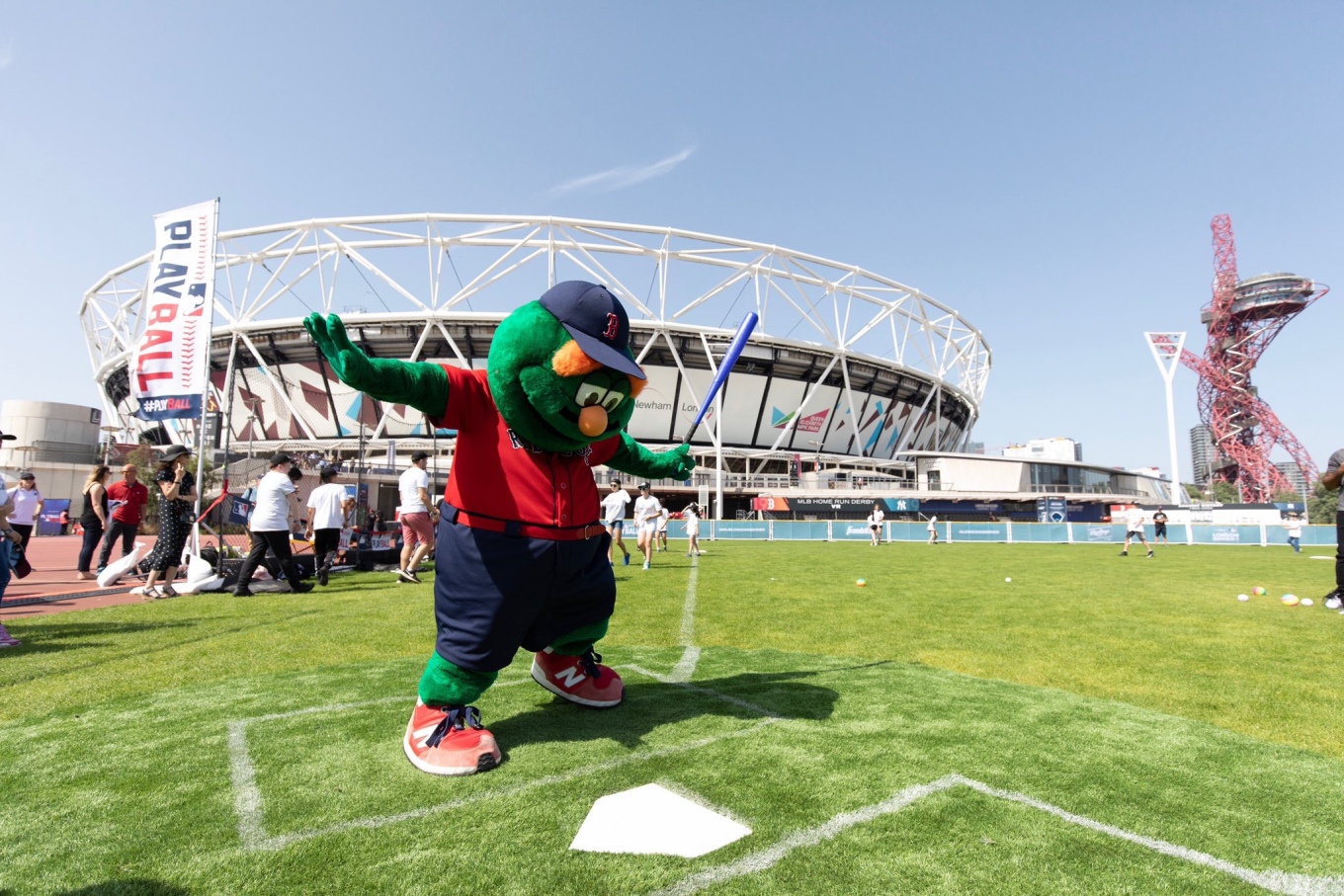 The second strategy was through promoting youth engagement with baseball. In the months leading up to the game, MLB made a major effort in teaching European youth about the game. MLB hosted multiple tournaments and clinics both on and off the grounds of Olympic Stadium. “Play Ball Ballpark” was constructed right next door and for a week before the game, fans could bring their kids to two mini ballparks where they could learn about the game, hit, pitch, and take pictures with mascots. For kids that did have exposure to the game before the series, MLB hosted a three day European Elite Development Tournament at the UK’s nation training facility, which featured 90 teenagers from 14 European countries.

And finally (and my personal favorite), the Block Party at Truman Brewery. This is the piece of marketing that I got to experience, where it was a blend for the avid fan as well as the ones just learning. It featured beer brewed just for the occasion, ballpark food blending with London favorites, batting cages, pitching demos, VR experiences, and music. The main space was designed like an infield, with the main hangout space in being the infield grass in front of the main stage. The main screen played highlights from the MLB season as well as some of my favorite fights. A host walked the yards and quized fans on baseball trivia, which helped make it a lively experience. 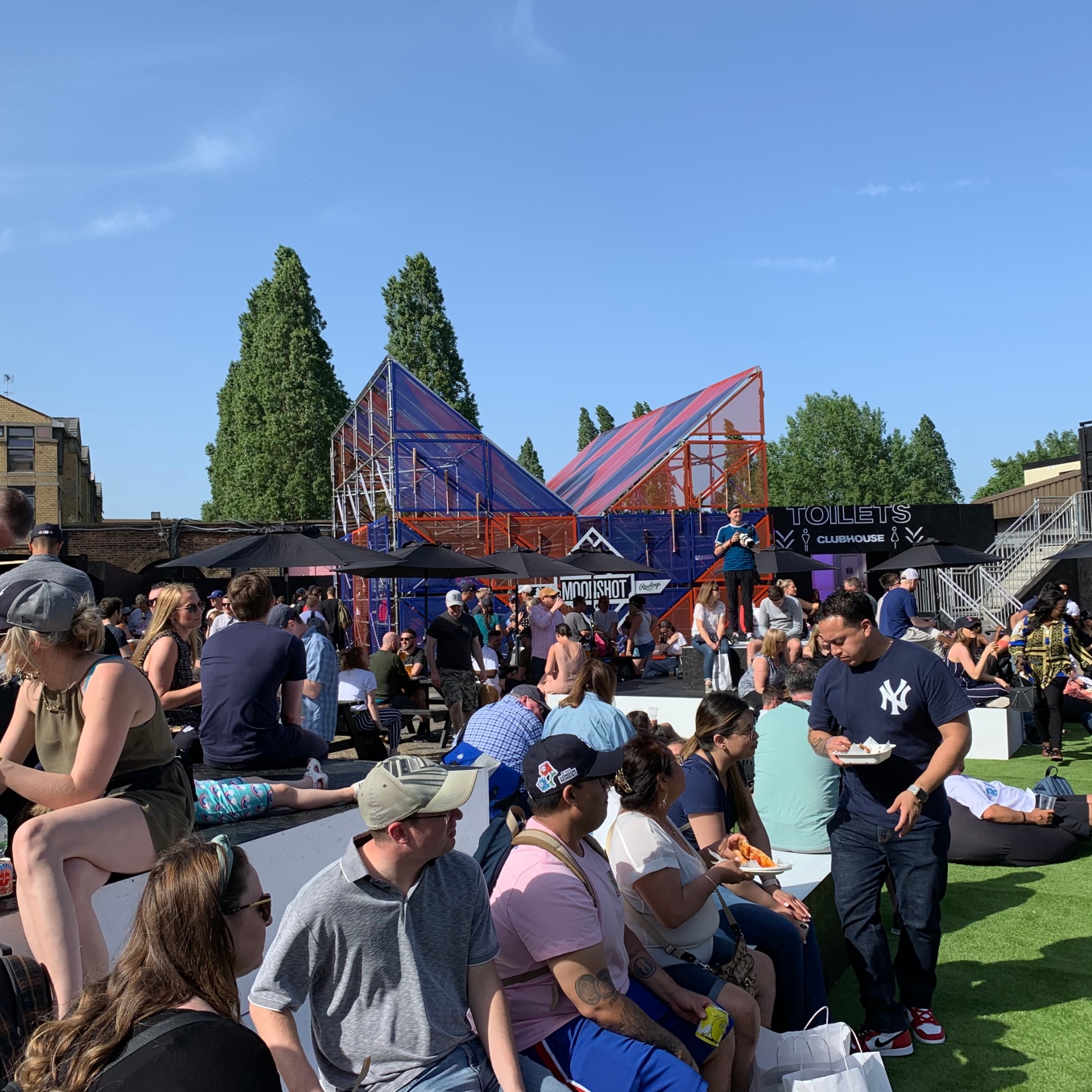 So, overall, MLB and London did a great job marketing and preparing for the series. With this being a first time experience, I can only imagine that they will improve and do an even better job marketing for the 2020 series. And now, I will leave you with two wonderful videos: Scott and myself struggling to hit baseballs while not being in a clear state of mind.

One thought on “London Series Hype: How MLB Marketed the Game to Europe” Leave a comment ›

Standing Room Only London Series Hype: How MLB Marketed the Game to Europe
%d bloggers like this: