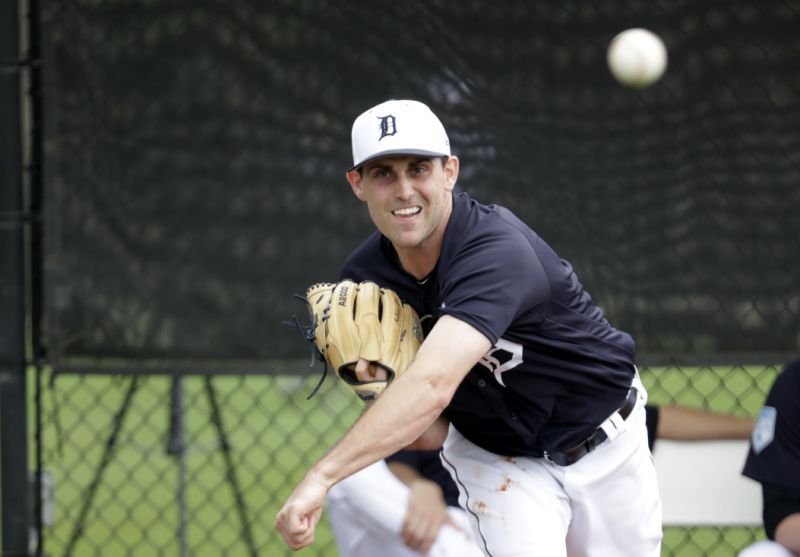 Early-season stat lines lend themselves to absurdities. Cody Bellinger is on pace for 109 home runs and 306 RBI, for example. The Red Sox are on pace to win 32 games. Mike Trout is on pace to slash .385/.553/.923 (okay, that one might actually happen).

One of the biggest early surprises of the season, though, has been the performance of the Detroit Tigers’ pitching staff. In nearly every pitching statistic, the Tigers rank in the top-5. They boast a 2.44 ERA as a staff, second only to the Rays (2.09). They’ve allowed a .184 batting average against (second only to the Pirates at .177) and lead the league with a 0.93 WHIP. They’re third in strikeouts with 89, and fourth in earned runs with 22. Though the Tigers’ offense has only scored 24 runs to date, the pitching staff has propelled the Tigers to a surprising 6-3 start.

Baseball is weird, y’all. But is this just an early-season mirage, or a sign of better things ahead for Tigers fans?

On one hand, they haven’t exactly gone up against the stiffest competition. The rotation has been dominant, but they’ve shut down a light-hitting Blue Jays team and a Royals lineup that features more speed than pop. Taking two of three from the Yankees in the hitter-friendly Bronx seems impressive, but remember that the Yankees roster is a veritable M*A*S*H* unit. Against the Tigers, Aaron Boone trotted out a lineup without Giancarlo Stanton, Miguel Andujar, or Aaron Hicks. An upcoming series with the Indians won’t pose as much of a challenge, but match-ups against the Red Sox and Phillies at the end of April will offer a proper litmus test for the Tigers.

A closer look at the members of the rotation suggest reasons for optimism. Longtime breakout candidate Matthew Boyd may finally have arrived on the scene. Through two starts he’s struck out 23 batters, second only to reigning NL-Cy Young winner Jacob deGrom. He’s also yet to allow a home run, which has been a weakness of his game over the past two seasons.

Staff ace Jordan Zimmermann is finally healthy. Three years into a five-year, $110-million deal, Zimmermann has scuffled his way to a 5.24 ERA with a 1.407 WHIP, yet he failed to crack thirty starts in any of those seasons (he started 30+ games four times while with the Nationals). This season Zimmermann has moved away from his fastball in favor of his breaking pitches. His fastball usage through two starts in 2019 sits at 37%, 8 points down from last season. He’s throwing his slider and curveball 61% of the time, up from 49% last season.

Turnbull enters his first full season with the big league squad as the Tigers’ 19th-ranked prospect. His current strikeout rate (12.27 K/9) is likely unsustainable; throughout the minors Turnbull used a sinking fastball to induce groundouts. Turnbull has rode a resurgent 10-4 slider as his put-away pitch to pair with his fastball. In his rookie season Turnbull will likely have a rough outing or two, but if he has rediscovered his collegiate form before shoulder surgery sidelined him in 2016, he could be a solid back-of-the-rotation option for the Tigers.

The Tigers will not make the playoffs this year. The pitching staff won’t shock the league and guide the Tigers to an AL Central title, no matter how weak the division is. That being said, Tigers fans should be optimistic that this relatively-pedestrian rotation has the stuff to be at worst an average and, at best, an above-average rotation in 2019.