Chris Taylor knew it. Adam Ottavino knew it. And by the eruption of euphoria that rang through Dodger Stadium, the fans knew it too.

Underachievers the whole year, the Dodgers are, finally, ready to play ball.

Call it a World Series hangover, call it injuries, call it what you will–the Dodgers had been listless and mediocre all season. They were a teenager learning how to drive stick, lurching forward in an excited rush only to stall and drop back to .500. Even the blockbuster deadline additions of Manny Machado and Brian Dozier couldn’t shake the Dodgers out of their funk.

It would be one thing if they played in the AL Central, where they could afford to take days off and still wrap up the pennant by early September. But the Dodgers were up against the Diamondbacks and the Rockies–both playoff teams from a season ago, and both with aspirations of a repeat berth this year.

Every time the Dodgers charged up the standings, the Rockies and D-Backs ran right alongside them. It was a division that was going to come down to the wire. The winner would have to earn the title by excelling in the pressure cooker of September baseball.

“We know we have succeeded in these situations, so I guess that we should expect to succeed because we’ve done it before,” Clayton Kershaw said after his performance on Wednesday night. “I guess that’s one way to look at it, that it is not uncharted territory for us.”

Since the calendar flipped to September, the Dodgers have gone 12-6. More importantly, they’ve gone 7-1 against their divisional rivals, including series wins against Arizona and Colorado (twice).

The longer the season goes, the better the Dodgers get. And there’s a simple reason for that.

“Depth is a key word around here,” Kershaw said. It’s not hard to see why. The Dodgers have the deepest bench in baseball, and most of their players are effective at multiple positions. Dave Roberts probably picks his lineup like his Chipotle order–too many options, and they’re all good. 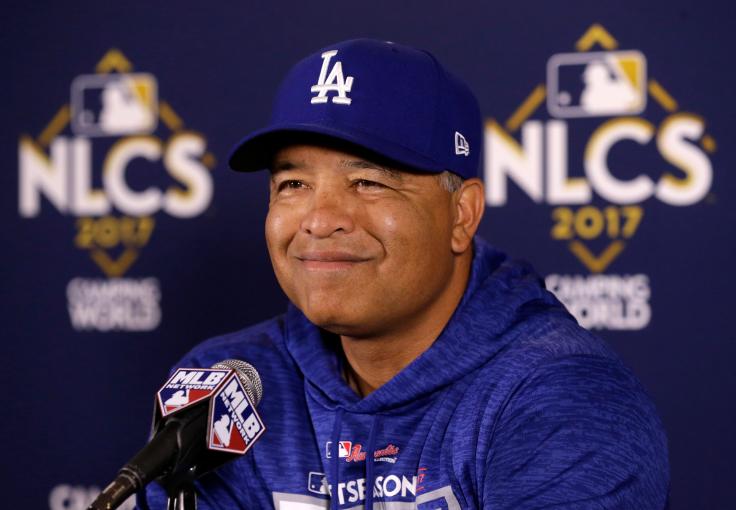 In sports, everything is based on match-ups. The worst team can beat the best team if they can match their strengths to their opponents’ weaknesses. With an enviable list of talented players in his dugout, Dave Roberts can play to every team’s weakness. Going up against a tough lefty? He can trot out a lineup full of right-handers, and stash his lefties on the bench for pinch-hitting opportunities against the bullpen. Some teams can quash you with star power; the Dodgers will platoon you to death.

Every night a new hero emerges in Chavez Ravine. Monday it was Max Muncy, who’s three-run homer turned the Dodger lead into a blowout. Tuesday Chris Taylor took the lead with a walk-off home run in extras. Yasiel Puig got his chance Wednesday, launching a pinch-hit three-run bomb (and his bat) out of Dodger Stadium to put Los Angeles up for good.

But it’s not even their depth that makes the Dodgers the most dangerous team this October. It’s their personality. The Red Sox and the Yankees have the pressure; the Indians and the Cubs have the determination; the Astros have the confidence; and the Dodgers have the fun.

From the Chase Utley dad jokes, to the campaign to “Let Kike Catch,” to their inability to execute the Gatorade bath, this team looks like a bunch of grown men playing a kid’s game in the blissful late summer nights of Los Angeles.

It took them five months, but the Dodgers have arrived. And they’re not ready to stop playing just yet.