If you have half an ear tuned to baseball’s rumor mill, you’ve seen the name “Manny Machado” pop up in connections with a host of other teams. Ken Rosenthal, of the Athletic, and Jon Heyman, of Fancred Sports, have reported interest from the Yankees, Dodgers, Brewers, Diamondbacks, Red Sox, and a handful of other teams for the Orioles’ star shortstop/third baseman.

One of these teams is going to trade for Machado; he won’t be an Oriole in October. But whichever team he lands with might be giving up more than they receive.

Machado is the hottest commodity on the market, for good reason. In seasons where he’s played over 100 games, he’s averaged nearly 6 WAR, and he’s on pace to easily crack 5 WAR again this year. His slash line of .314/.383/.573 makes him a difference-maker in any lineup, and the improvements in both his strikeout and walk rates show there’s still even more room for growth. He is one of the top offensive players in the game, and an enticing target for any savvy general manager.

….Except there are a few catches.

The first is Machado himself. A shortstop by trade, Machado made the switch to third base in order to break into the league in Baltimore. He rated as a plus-defender every year he played the position, but reports suggested that he was never happy at the hot corner, preferring a return to the middle infield. To placate their star, the Orioles moved him back to short this year. His defense hasn’t been woeful–or, at least, his pitching staff has been so bad he hasn’t had a chance to hurt his club–but it’s taken a noticeable dip. From 2017 to now, his UZR has dropped from a 2.3 (at third base) to -7.8 (at short). His DRS (defensive runs saved) is at -20, down from +6 last year. His defensive value in 2017 was 4.7, per Fangraphs; in 2018, it’s been -3.6.

Perhaps Machado is a better third baseman than shortstop. Just don’t try to tell him that:

“I’m a shortstop. I play shortstop.” – Manny Machado, when asked if he’d move back to third base if traded to contender.

If anything characterizes this era in baseball more than high strikeouts and #Dingers4Daze, it’s that we live in the golden era of the shortstop. Cleveland has Francisco Lindor. Houston, Carlos Correa. Xander Bogaerts, Didi Gregorius, Jean Segura, and Trea Turner are all excellent as well. Though Machado is unquestionably one of the best-hitting shortstops in the game, he’s not a unicorn at the position.

So where could he fit, if Machado has his heart set on short? The Yankees don’t need help at the position, and neither do the Red Sox. The Indians would only get Machado if they thought he could pitch out of the bullpen. Jerry Dipoto loves a good trade, but he’s been getting a banner year out of shortstop Jean Segura. The Dodgers lost Corey Seager for the season, but Chris Taylor has been filling in adequately, and if anything moving him back to the infield helped clear up the logjam of outfielders in Chavez Ravine. 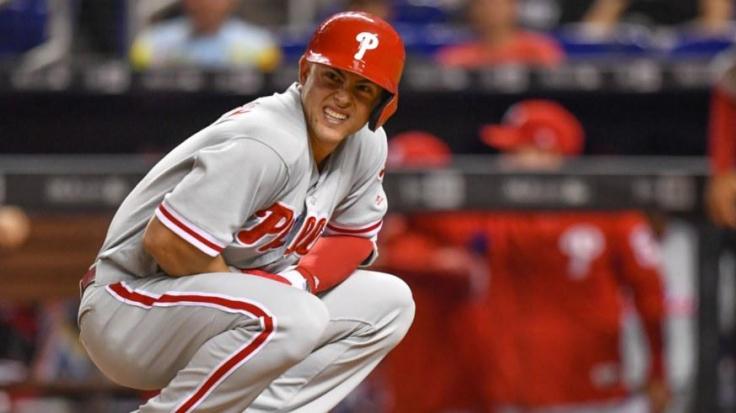 The contenders that have the most need of an all-star shortstop are the newcomers: the Phillies, Diamondbacks, and Brewers. Scott Kingery has yet to come into his own in Philadelphia, with a .617 OPS that is only better than Alcides Escobar among qualified shortstops. Nick Ahmed is a decent everyday player, but the Diamondbacks, who are slugging under .400 as a team, could use a power bat. The Brewers sent down Orlando Arcia earlier this season, and have been trying to get by with the equivalent of a matchstick and a cardboard box at short ever since.

Machado could help any of those three teams, but at what cost? The Orioles know the window on Machado is closing, as he’s due to hit free agency this offseason, but notoriously-stingy owner Peter Angelos won’t let him go for peanuts. The Phillies, D-Backs, and Brewers have thus far tried to build teams through their farm system and free agency. When they did make trades, they either got fleeced (see the D-Backs exchange of Dansby Swanson for Shelby Miller, or the Taijuan Walker/Jean Segura deal), or they took advantage of a firesale (as when the Brewers acquired Christian Yelich). Would any of these teams burn down their farm system to acquire Manny Machado, as good as he is?

Were they getting him for 3 or more years, perhaps. Machado’s deal expires at the end of the season. Maybe he’ll resign with his new team, and help lead them to a championship. More likely, he’ll be one of the most expensive 3-month rentals in baseball history.

Sometimes rentals work out. Though it cost them Gleyber Torres, the ring that Aroldis Chapman helped bring to Wrigleyville will sooth a lot of consternation, even though Chapman waltzed back to the Yankees in the offseason.

Yet for the elation of the Cubs faithful, look to the misery of Dodger fans. Yu Darvish was supposed to be the final piece in their first championship since 1988. Instead, he had two miserable starts in the World Series, and the Dodgers were left watching the Astros celebrate on their home field.

If Machado goes to a contender, it’s impossible to predict whether he’ll follow in Chapman’s footsteps, or in Darvish’s. Baseball’s postseason, more than any other, is a matter of chance and timing. The best team doesn’t always win.

Machado is a stand-out player, but he won’t be a good fit for every team, and he’ll come at a high price for a rental. If you’re a general manager, do you really want to gamble your team’s future on a three-month crapshoot?