After spending the first day exploring the local breweries and hiking trails, Brett and I hit the road for the first ballpark on our SoCal tour: LoanMart Field, home field of the Single-A Dodger affiliate Rancho Cucamonga Quakes! 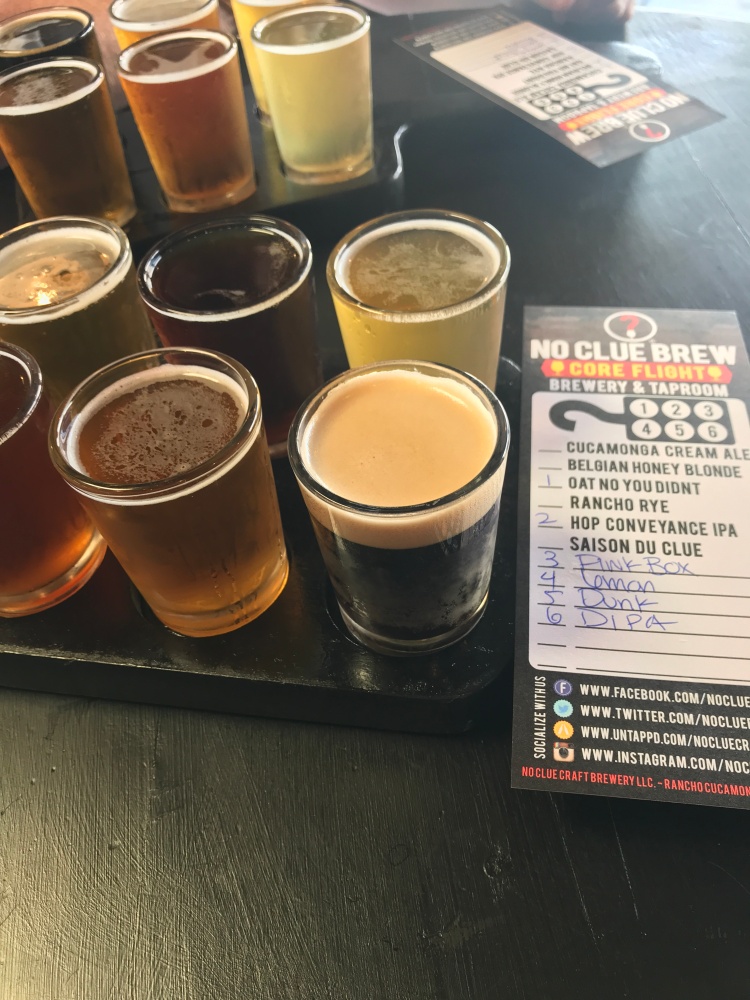 Before we got to the ballpark, we stopped at No Clue Craft Brewery in Rancho Cucamonga. The location isn’t great; it’s set near the back of a local business park, and the signage to get to the place is small. That being said, the facilities are excellent. The tap room and bar is set amongst the kegs and barrels, making the customer feel like they’re a part of the brewing process. Even though you’re likely to visit when the weather is warm, I highly recommend the Mexican Mocha Stout. It’s a full, rich-bodied beer that finally gave me enough coffee flavor to call a beer a coffee stout.

Dodgers 2016 first round draft pick Gavin Lux took the first pitch he saw off Jethawks’ starter Ty Culbreth to deep right field, setting the tone for a dominant performance by the Quakes. It was a warm night in LoanMart as the ball was flying out of the park; Lux’s dinger was followed by Rylan Bannon’s in the third (solo) and Steve Berman’s in the fourth (three-run). The Jethawks avoided the shutout with Vince Fernandez’s unearned run in the sixth, but the Quakes added three more in the bottom of the eighth off reliever Kenny Oakley to complete the rout. 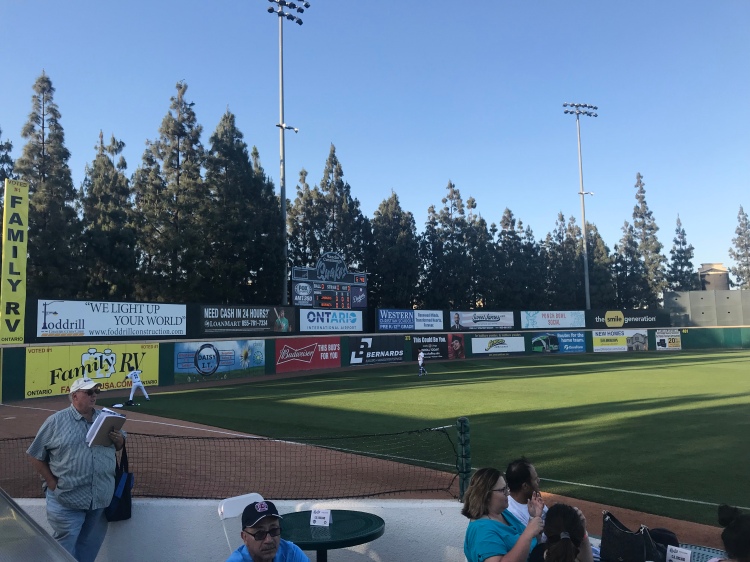 It’s always nice to set a strong tone early in the tour, and LoanMart Field did just that. The facilities are welcoming and modern and the stadium stands out from the landscape.

I’m a big fan of sight-line concourses–concourses from which fans can watch the game while they wait in line for concessions. Sadly LoanMart Field didn’t have that, but the concourse was well-organized and open. 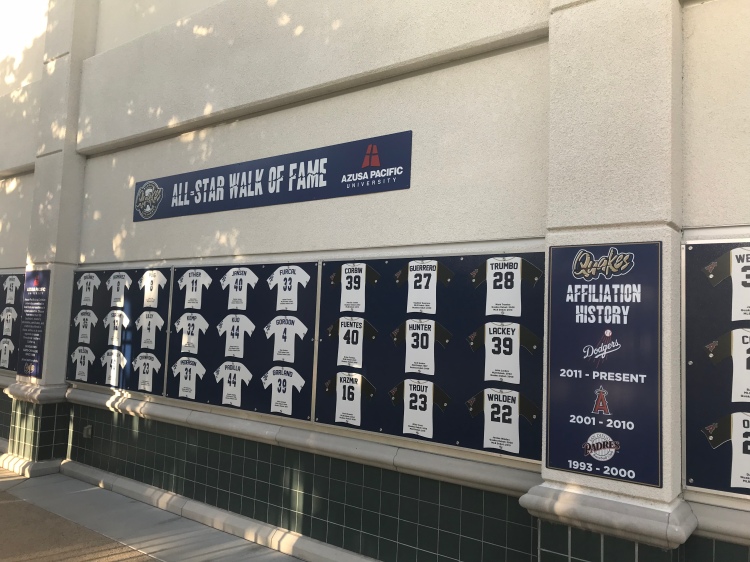 The Wall of Fame had some incredible names on it — Griffey Jr., Trout, and the grand-daddy of them all, Bartolo — but it was relegated to the rear of the park, away from most of the foot traffic. I would have loved to see it front and center in the concourse.

But the framing of the field is where this ballpark stands out. The San Gabriel Mountains loom in the distance beyond the outfield, and the tree-line just past the fence allows the ballpark to feel like its own space, rather than a sporting venue chucked alongside a highway in suburbia.

It was an excellent park to start our tour–but one final note. Seats past the dugout down the first base line will be staring into the sun for a few innings. If I come back, I’d get seats along the third base side. 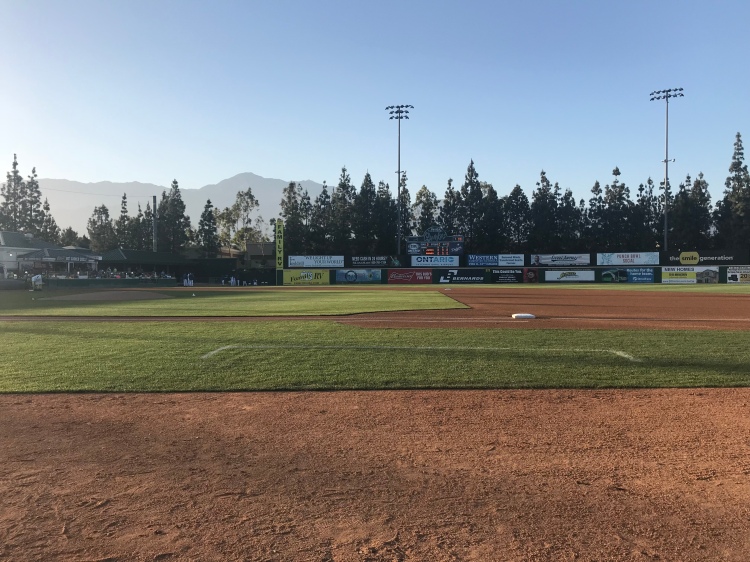 Besides the traumatizing experience of having my nachos spilled by the teams mascot, this was a great Single-A ballpark. With the pine trees and mountains looming just beyond the left field fence,  it makes for a perfect setting for baseball. With a variety of seating options and craft beer selections, there isn’t a bad seat or drink in the house.

With the number of big league players that have graced this field, I agree with Scott that I wish the Wall of Fame was in a more populated area of the ballpark so all the fans could see. What I did like, however, is that any current Major League Players for the Dodgers that had played for the Quakes are on banners throughout the concourse. This gave the ballpark a more personal feel with its MLB affiliate. The Dodgers send most of their players to the Quakes for rehab assignments, so they have become a popular place to see star players in a small setting.

Unfortunately, the concourse does not offer a view of the field, which makes keeping up with the game while getting through the concourse impossible. While it is disconnected from the playing field, it does offer a unique southern feel that adds to the overall architecture of the park.

This is one of the best Single-A ballparks that I have been to. It has limited flaws, a great atmosphere, a great fan base, and a perfect baseball view with the trees and mountains.