The next stadium on our ballpark tour is San Manuel Stadium, home of the Inland Empire 66ers. With a rich baseball tradition in San Bernardino, our next Single-A ballpark offers all of the traditional views with a few surprises.

San Manuel Stadium opened in 1996 under the simple name “The Ranch.” Designed by HOK, the same firm that designed Coors Field and Camden Yards, it offers 5,000 seats and the simple comforts of baseball. The yellow tint of the ballpark reminds you of the Missions that you would see in Texas. 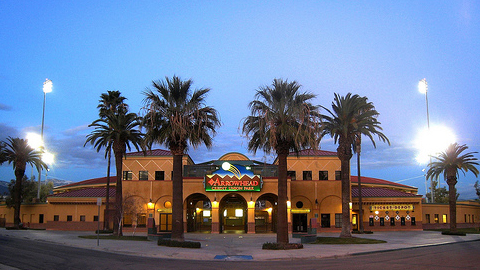 It has a close, intimate feel that has a devoted fan base. The ballpark’s main asset is the affordability and variety of food. With a wide variety of food options and the most expensive ticket in the yard being $16, the 66ers offer an opportunity for a good night out on a budget. 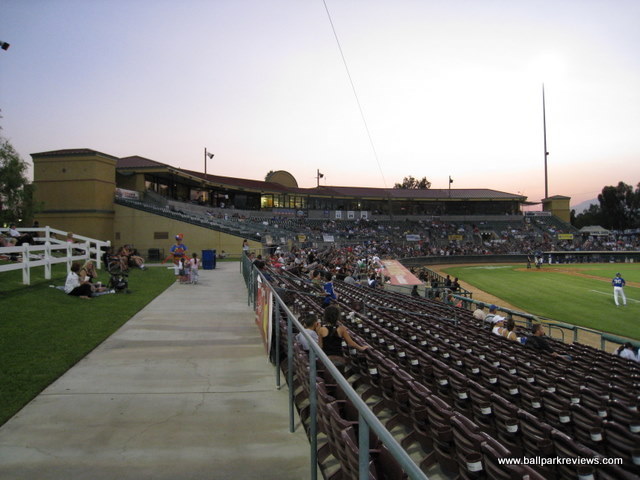 The lawn seating offers a cheap ticket and a good place to sit. All of the seats are turned towards home plate to ensure that the focus is on the batter.

The newest addition to the ballpark is the Craft Corner. Hangar 24, a local brewery, has a stand down the 3rd baseline with a wraparound bar and high-tops. It has become the newest social area at the ballpark.

While this ballpark is extremely simple, it reminds me of Classic Park in Lake County. The limited amount of distractions makes you as a fan be closer to the game, which is all that truly matters.