The second Major League ballpark on our summer tour of Southern California is home to some of MLB’s biggest stars like Shohei Ohtani and Mike Trout: I’m of course referring to the Los Angeles Angels and their stadium, Angel Stadium!

While there was technically a team called “the Los Angeles Angels” in the city as early as 1903, they were a minor league squad in the Pacific Coast League. The major league club formed in 1961 under owner Gene Autry, who also used the name “Angels” as an homage to the minor league club. In their first season, they even played their home games at the minor-league Angels’ old home stadium, Wrigley Field (no, not that Wrigley Field). After a short spell squatting in Dodger Stadium, the Angels opened their new home of Anaheim Stadium in 1966.

They’ve always been known as the “Angels,” but the city affiliation of the team has changed over time. They were first formed as the Los Angeles Angels in 1961; in September of 1965, just before moving into their new stadium, the team was renamed the “California Angels,” the name they played under through the 70s and 80s.

In a preface to their eventual purchase of the team in 1997, the Walt Disney Company released the film Angels in the Outfield in 1994. How about some of the stars in that film? 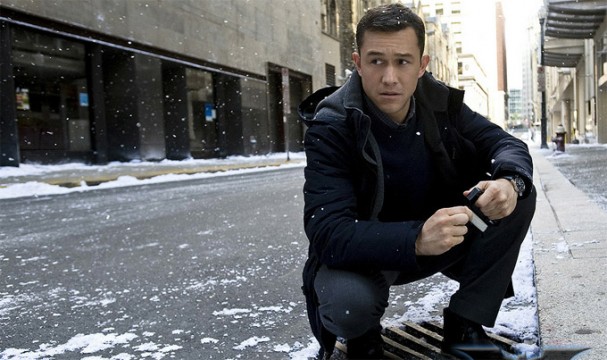 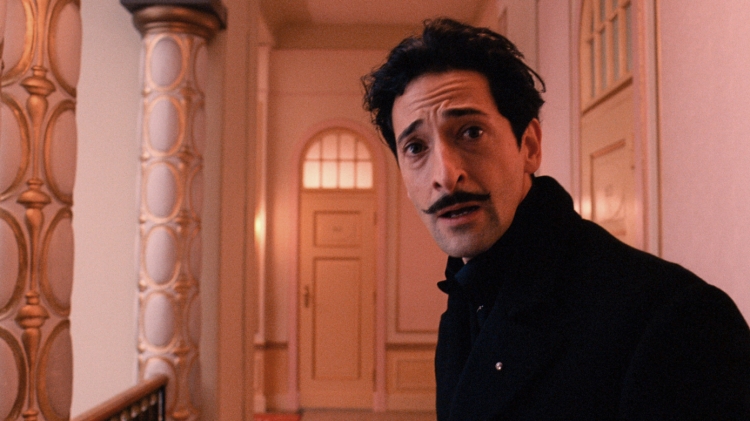 Where was I? Oh, yeah, Disney took control of the team in 1997. They received an influx of funds to help them renovate Anaheim Stadium from the city of Anaheim; the ballpark was renamed Edison International Field of Anaheim, and the ballclub rechristened the “Anaheim Angels.”

In 2005 ownership moved to Arturo Moreno, who wanted to establish closer ties with the city of Los Angeles; however, due to stipulations in the stadium lease, the name had to include “Anaheim.” He decided on the hopelessly-clunky name “The Los Angeles Angels of Anaheim,” which sounds like someone introducing themselves with their first, last, and middle names. While the team now refers to itself as the “Los Angeles Angels,” there is no reference to LA in either the stadium or on the teams’ uniforms. 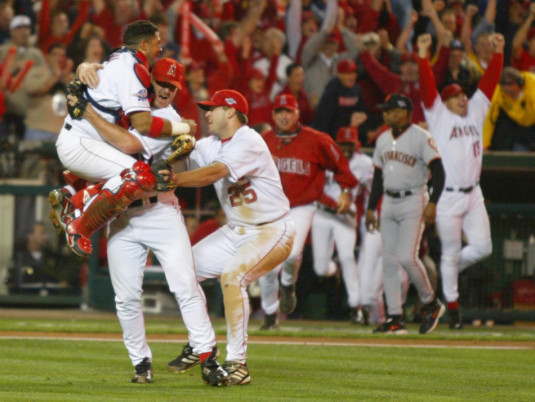 In their 57 seasons, the Angels have made the postseason ten times. Their lone World Series win came in 2002 under manager Mike Scioscia, when they dispatched the San Francisco Giants in a tight seven-game series. John Lackey earned the win in Game 7; Garret Anderson’s bases-loaded three-RBI double in the third inning turned out to be the difference.

The Angels are tired of their fellow-LA club the Dodgers getting all the media attention; this year, more of the stars are playing in Anaheim, not Chavez Ravine.

The veteran in the clubhouse is Albert Pujols, the sure-fire first-ballot Hall-of-Famer who’s eclipsed 600 homers and 3,000 hits.

The Angels poached a hunk of talent from the rebuilding Detroit Tigers, trading for left fielder Justin Upton  (second from right) last summer and adding second baseman Ian Kinsler (third from right) in the offseason.

At least according to WAR, the Angels also have the best defender in baseball on their roster: shortstop Andrelton Simmons.

But the real stars are these two: Mike Trout and Shohei Ohtani.

Let’s be real, we need a buddy-cop style movie starring Trout and Ohtani. Get on it, Hollywood.

Trout is baseball Jesus. He is the savior come to forgive us our sins of thinking that maybe, possibly, someone like Mookie Betts or Bryce Harper might be even close to as good at baseball as Trout. And what’s scary? He might be getting better.

And, finally, Trout has a running mate. Shohei Ohtani, dubbed the “Japanese Babe Ruth,” is the first player in generations to play both sides of the ball–and to dominate both. He took a perfect game into the seventh inning against the Athletics in April; he also has five home runs and 15 RBI with a .344 batting average.

Do the Angels have enough firepower to overtake the Astros? We’ll find out over the summer; regardless of the final results, though, the team has been fun to watch so far.

The Angels still play in the same stadium they opened in 1966. Disney funded major renovations to the ballpark when the purchased the club in the mid-90s, helping to modernize the ballpark–but they’ve kept a few of the old quirks, like the famous “Big A.” 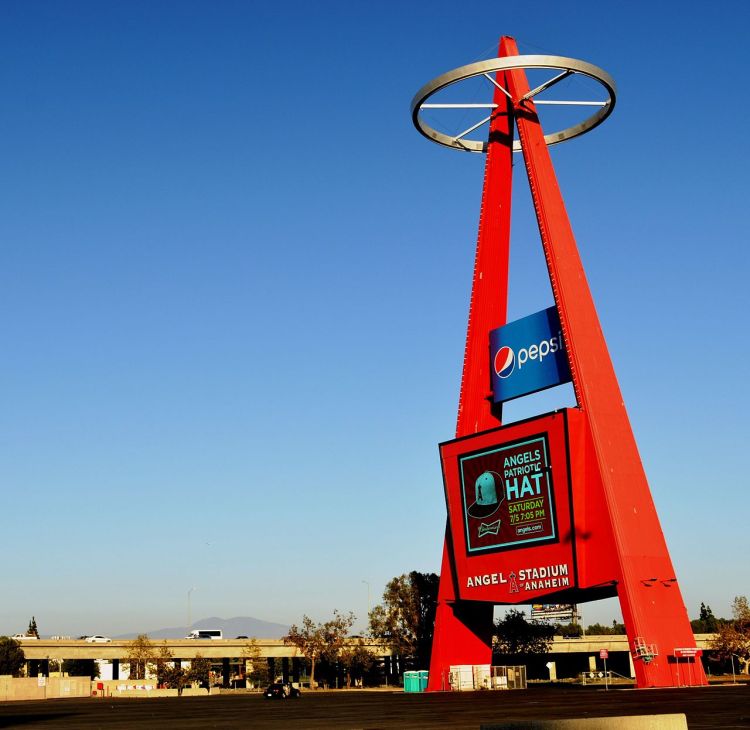 The central feature of Angel Stadium is the “California Spectacular,” the installation in straight-away center of rocks, trees, and waterfalls meant to mimic California’s diverse environment.

Our seats for this ballgame are in the outfield, right down the first-base line–and conveniently located near the Saint Archer Brewing Company Bar…

And as for mascots, the Pope might get a little mad if the Angels used an actual Angel as a mascot–so they use a monkey instead. Meet the Rally Monkey:

The best part about the story of the Rally Monkey is that it was completely unintentional: late in a game against the Giants in 2000, two video board operators decided it would be a fun joke to show a clip from Ace Ventura: Pet Detective on the big screen–specifically, a clip of Ace’s pet monkey. As luck would have it, the Halos rallied to win that game, and the Rally Monkey was born.

I’m excited to see Angel Stadium this summer; I’m interested to see whether it feels more like a classic ballpark (Dodger Stadium, Fenway, etc.) or a more modern stadium like the spate of new ballparks that came out in the 1990s.

Check back next week as Brett looks at the final Minor League park on our tour: San Manuel Stadium, home of the Inland Empire 66ers!