Milestones. Injuries. No-hitters. Bullpen carts??? This week in baseball had it all, and we’re here to get you caught up on everything you might have missed. 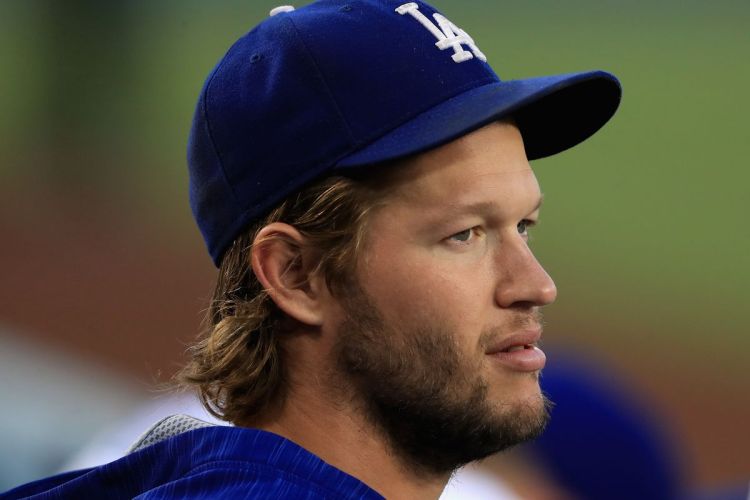 Your season has really hit the skids when a week in which your team throws a combined no-hitter can be called your worst week of the season.

After splitting a four-game series with the Diamondbacks and dropping two of three to the Padres in Mexico, the Dodgers remain mired under .500 at 15-19. The bullpen still can’t be trusted (a 4.45 ERA with 18 homers allowed). The offense is perfectly mediocre in every respect.

And then the injuries hit.

They had already lost Justin Turner, Yasiel Puig, Rich Hill, and Logan Forsythe. Then star-shortstop Corey Seager went down with an elbow injury, one that will require season-ending Tommy John surgery. Starter Hyun-Jin Ryu tore his groin muscle clean off the bone, and will hit the DL for an extended stint.

Then Sunday, the one player the Dodgers couldn’t afford to lose hit the DL.

Kershaw is apparently suffering from left biceps tendonitis. He met with Dr. Neal ElAttrache on Sunday to determine the severity of the injury, but it’s telling that the Dodgers chose not to back-date Kershaw’s DL stint. We’ll hopefully know more today.

The questions are endless. How long will Kershaw’s injury keep him out of the lineup? Has he been suffering biceps issues throughout the season? He’s lost between 1-2 mph on his fastball this season already. How will this affect Kershaw’s offseason? He has an opt-out in his contract after the 2018 season, but perhaps if he misses significant time he’ll remain with the Dodgers on his original contract.

One thing is for sure, though: the 2018 Dodgers are already in danger of missing the postseason, and we’re only in May.

Or live long enough to be cut by the New York Mets. 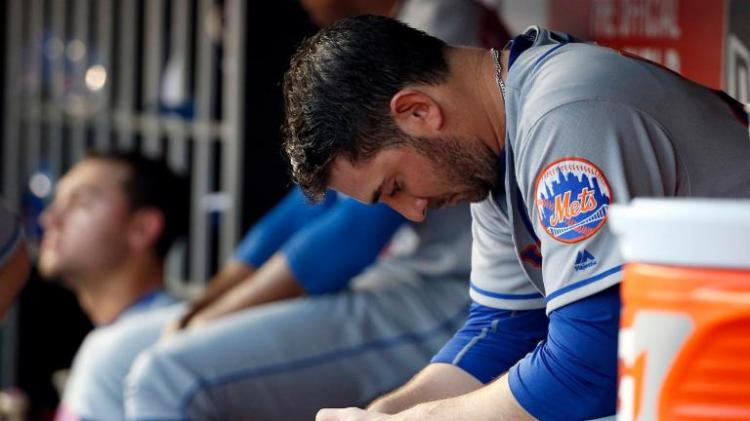 Matt Harvey had struggled through four starts (14 earned runs in 21 innings) before manager Mickey Callaway decided he had seen enough and sent Harvey to the bullpen. Harvey clearly wasn’t happy with the transition, responding that he “didn’t want to f—ing talk” to the media after his first appearance from the bullpen. Four innings and two more runs later, that was it: the Mets wanted to send Harvey to the minors to fix whatever was ailing him. Harvey refused, and the Mets designated him for assignment.

It’s easy to forget the dominant pitcher Matt Harvey used to be. He emerged onto the scene as a front-line rookie starter in 2012; the very next season, he started the All-Star Game. He lost the 2014 season due to Tommy John surgery, but he came back strong in 2015, posting a 2.71 ERA and helping the Mets get to the World Series. In Game 3 of that series, he dominated for eight innings until running into trouble in the ninth.

That perception isn’t entirely fair. Harvey did himself no favors with his destructive behavior and tense relationship with the media, but his poor pitching performances are more likely due to an extended recovery from thoracic outlet syndrome–a procedure where a surgeon LITERALLY REMOVES ONE OF YOUR RIBS–than his partying problems.

At least we’ll always have this fire response from GM Sandy Alderson regarding Harvey’s personal problems:

Asked if he's upset about a Page Six report that had Matt Harvey out partying in Los Angeles the night before pitching in San Diego, Mets general manager Sandy Alderson said:

"Usually I get upset if a report is unexpected. So I guess the short answer is no."

What more can we say about Albert Pujols? Brett wrote a great piece last summer about the Machine after Pujols hit his 600th home run. He’s now joined the 3,000 hit club. The only hitters with more home runs to have 3,000 hits in baseball history are Hank Aaron, Alex Rodriguez, and Willie Mays; that’s pretty good company.

No-doubt first ballot Hall of Famer–and maybe our first unanimous selection? It’s going to be hard to vote against Pujols once he’s eligible.

4. Imagine what would’ve happened if someone double-parked in his spot

I wasn't allowed to park in my spot in the media lot today so I had to go to the Braves parking lot. But I'll park wherever they want me to if I get 11 runs.

Luckily for Bochy, baseball’s resident Good Samaritan Brandon McCarthy was the pitcher opposing San Francisco, and he decided to do the Giants manager a favor.

Next we’re going to find out this was all some grand prank played by Hunter Pence.

5. The Empire Strikes Back

In case you haven’t noticed, the Yankees are back. And they’re terrifying.

Wins in 16 out of their last 18. A league-leading 197 runs, with 48 homers–tied for second in the bigs. 355 strikeouts from their pitchers, second only to the Houston Astros.

Oh, yeah, and the young guys are leading the way. Third baseman Miguel Andujar has 16 extra-base hits. After just two weeks in the show second baseman Gleyber Torres is slashing .327/.357/.500, including a walk-off home run against the Indians on Sunday. In that game, Yankees starter Domingo German threw six no-hit innings with nine strikeouts. It was his first career start.

Be very afraid. The Yankees are back, and they look just as good as advertised. 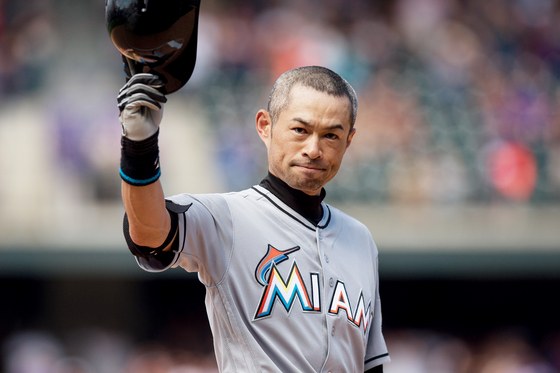 Ichiro Suzuki has more professional hits than any other baseball player in history, with 3,089 in America and 1,278 in Japan. It looks like 4,367 will be the new mark to beat, as Ichiro Suzuki is reportedly being removed from the active roster to transition to a new role as “special assistant to the chairman.”

The tributes have poured in from both fellow players and members of the media. Claire McNear at the Ringer argued that Ichiro is a uniquely beloved figure in baseball. Graham MacAree wrote about how Ichiro overcame the skeptics, especially early in his career. Our friends at Cespedes Family BBQ made a handy graphic showing us just how long Ichiro has been playing baseball.

Now, let’s be clear: Ichiro hasn’t “officially” retired. He’s stated that he’ll only retire “once he starts using a cane.” The Mariners are scheduled to open the 2019 season in Japan, and basically everyone expects that Ichiro might be delaying his retirement just long enough to close his storybook career in his homeland.

And maybe, just maybe, if we wish really hard, he’ll even make an appearance on the mound.

And a free shot on the house: Bullpen Carts are back!

I don’t get the craze about bullpen carts. But y’all seem to really get excited over them. So here ya go: the much-anticipated entrance of the Diamondbacks bullpen cart:

Life in the fast lane. pic.twitter.com/Hg5hyzx1uL

The Yankees and Red Sox have the two best records in baseball and the best rivalry in baseball–and maybe all of sports. They meet in the Bronx for a three-game series this week, the first since Joe Kelly and Tyler Austin came to blows earlier in the season.

Next weekend, the city of Chicago will be divided as the White Sox and Cubs play an interleague series at Wrigley. Cubs starter Jose Quintana will probably miss playing against his old team; he starts on Wednesday against the Marlins.