On Monday, the Dodgers announced that star shortstop Corey Seager suffered a torn MCL in his throwing elbow, and would require Tommy John surgery.

This coming on top of a slow start to the season where the World Series hopefuls remain three games below .500, seven games back of the division-leaders Arizona, and where Dave Roberts has taken to benching star players citing their “lack of hustle.” 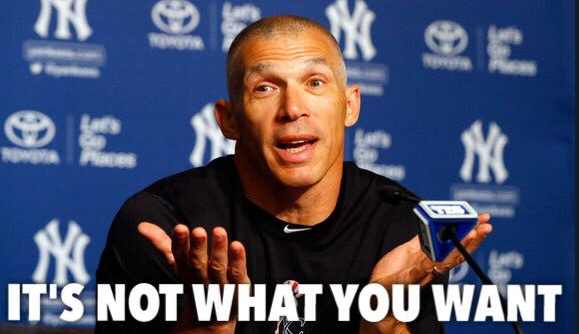 Seager’s injury is the latest in a long list of medical problems for the reigning NL champions. During spring training third baseman Justin Turner fractured his wrist. Since then second baseman Logan Forsythe, outfielder Yasiel Puig, starter Rich Hill, and now Seager have joined him on the infirm list.

Still, even with the injuries the Dodgers have one of the deepest rosters in all of baseball. Their Opening Day roster featured 18 players from their 25-man World Series roster, and that comparison doesn’t include Justin Turner (who started the season on the DL) or Hyun Jin Ryu (left of the World Series roster despite starting 24 games during the 2017 season).

In the short term the Dodgers will rely on that deep roster to replace their All-Star shortstop. Manager Dave Roberts could simply elevate Kike Hernandez to start in Seager’s place at short for the remainder of the season. The utilityman has had a strong start to the season, slashing .254/.347/.476 in 23 games. His career splits–a .268 average against lefties, just .210 against righties–suggest he fits better in a platoon role than as an everyday player.

The better short-term option is to move starting centerfielder and lead-off hitter Chris Taylor back to short. The right-hander came through the Mariners system at shortstop; it wasn’t until he was traded to the Dodgers that he moved to the outfield. Over his career Taylor has started over 100 games in the infield. Assuming Taylor breaks out of his slump to start the season, he can provide the Dodgers with an average glove and an above-average bat at the position.

More importantly, moving Taylor to shortstop gives Roberts more elbow room in a crowded outfield. Coming into the season Taylor, Hernandez, Puig, Joc Pederson, and Matt Kemp were all fighting for playing time in the outfield, with Alex Verdugo and Andrew Toles banging on the door from Triple-A. With Taylor in the infield Roberts could rotate Hernandez, Pederson, Kemp, and Verdugo through a four-man outfield, with Hernandez moving back to a utility role once Puig gets healthy. If Matt Kemp eventually remembers that he’s 33 and he’s not supposed to be this good, Los Angeles can bring back Andrew Toles, who has a .294/.341/.483 slash line in 79 major league games.

When a big-name player on a championship-caliber team goes down, everyone’s first instinct is to ask who could be a trade target. Twitter quickly settled on one name:

Manny Machado will be arriving in LA a bit sooner than expected https://t.co/plEbbd8JFM

Is Manny Machado a Dodger yet?

And sure, who wouldn’t want this guy on their team?

Machado’s contract with Baltimore expires at the end of the season, and he figures to be one of the top trade targets at the deadline this season. Coincidentally, he’s also the current MLB-leader in batting average.

On paper it looks perfect: Machado is a dynamic star at the exact position the Dodgers suddenly need a dynamic player–and he’ll almost certainly be available. But there are also plenty of reasons a proposed Machado-to-LA blockbuster won’t happen.

Gone are the days when clubs like Los Angeles paid no heed to the $197-million luxury tax threshold. In an attempt to stay under the threshold, and thus have a better chance of pursuing free-agents-to-be next offseason like Bryce Harper, Clayton Kershaw (if he opts out) and, yes, even Manny Machado, the Dodgers endured a frugal offseason. They didn’t buy in to the Yu Darvish sweepstakes. They didn’t fight to keep Brendan Morrow from walking and joining the Cubs. They dumped the salaries of Adrian Gonzalez, Brandon McCarthy, and others to Atlanta, and in return got a surprisingly-resurgent Matt Kemp.

All those efforts, painful as they might have been, are geared towards one goal: signing a marquee free agent next offseason–or, at the very least, keeping enough money in the coffers to make sure Clayton Kershaw doesn’t walk. Adding Manny Machado’s $16-million would almost certainly put the Dodgers over the brink, and put their long-term plans in peril.

Even if the Dodgers decide to forget about the luxury tax, a deal to acquire Machado might be prohibitively expensive. Orioles’ owner Peter Angelos and general manager Dan Duquette are loathe to let their stars walk; remember last trade deadline, when everyone expected the Orioles to sell, and they did nothing? Baltimore is hurtling towards a painful rebuild, and Duquette will demand a king’s ransom to pry away Machado. The price for half a season may be too high for Dodgers’ GM Andrew Friedman, an executive notoriously stingy regarding his own prospects.

The Dodgers don’t appear to have enough talent on the current roster to win a World Series this season. Acquiring the one player who could help them bring home the trophy would nuke the teams’ carefully-crafted long-term plans.

Even the middle-ground options aren’t enticing. The Dodgers could try to strike a deal with the Detroit Tigers for their shortstop Jose Iglesias, who offers a dynamic glove in the fielder and would be far cheaper than Machado, both in terms of prospects and contract (Iglesias carries a $6.2-million cap hit this season). Iglesias’s .268 batting average and empty power numbers don’t offer much help on offense, where the Dodgers could really use a boost. Texas Rangers’ former top prospect Jurickson Profar could be an interesting option, if the Dodgers think they can finally transform the once-top prospect into an effective every-day major leaguer. A free agent like Brandon Phillips could be had for cheap, but wouldn’t offer better value than the Dodgers’ in-house options.

The enviable depth of the Dodgers organization will be put to the test with the extended absence of their star shortstop; unfortunately, none of the options both within their system or on the trading block will be enough to keep their season from a potential midsummer collapse.

One thought on “Down and Out: Do the Dodgers Have Any Good Options to Replace Corey Seager?”