For the third stop on our California ballpark tour, Scott and I will be visiting San Diego. Cue your Ron Burgandy quotes now: 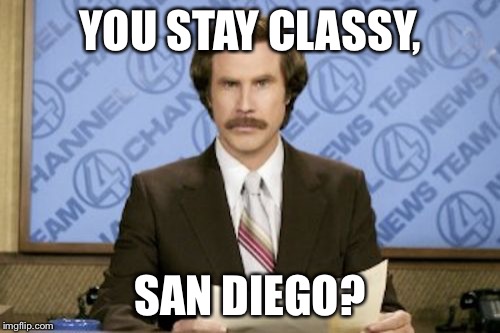 The San Diego Padres moved into Petco Park, a $411 million, 42,000 person stadium in 2004. Petco Park was built in the new vein of ballparks that came from the mold of Camden Yards. There is a major emphasis on architecture and fan experience with this park. Combine that with the warm weather and the ocean breeze and you get one unique ballpark experience. Lets start with the team:

The Padres got their name from the Pacific Coast League team that came to San Diego in 1936. The Padres joined Major League Baseball in 1969 as one of four expansion franchises. They were a team that finished in last place in their first six seasons before they won five NL West titles, reaching the World Series twice, and have two Hall of Fame players wearing the Padres cap in Cooperstown. 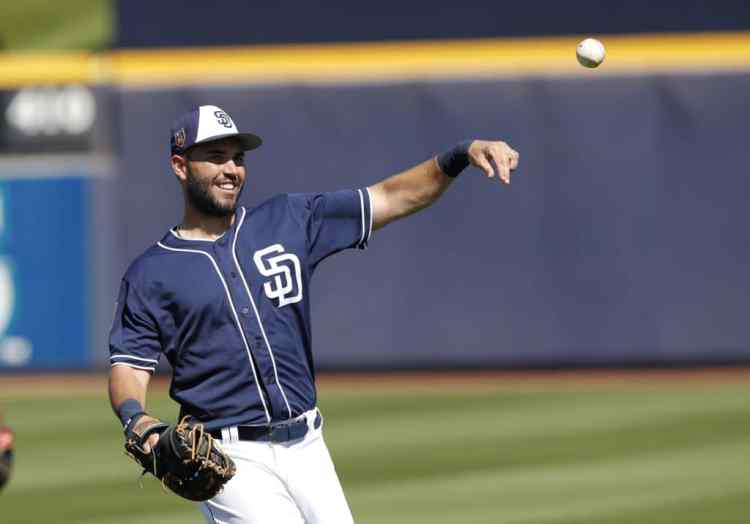 This is an extremely young team. Lead by Wil Myers, Manuel Margot, and big dollar free agent Eric Hosmer, this team has a bright future ahead of it. As for the pitching, wait, do they having pitching? No. The answer is no. We will have to wait until the prospect volcano erupts to bring us some more pitching.

One of the most unique ballparks in the game, this park feels like southern California. The Western Metal Supply Building in left field houses the team shop, luxury suites, a restaurant, and standing room space that offer a one-of-a-kind view.

In center field, there is social space where there are drink rails, a deck, and sandbox to give you a true beach experience at the ballpark.

There is an entire portion of the park known as beer alley, where all the of the stands are just for craft beer. I think we all know where Scott and I will be!

Stay tuned for next week’s preview!