Alright, I know that this article is going to make everyone angry. That’s okay, I learned that the hard way (Padres fans let me know very bluntly that they hated the road sand uniforms from my last article). This has been a topic of debate for decades: should Major League Baseball keep or eliminate the DH?

Now, I’m an Indians fan so I grew up with the DH. I may have a bit of bias one way, but MLB needs to decide if the DH is going to be implemented in the National League or if it needs to be eliminated all together. Here’s why: 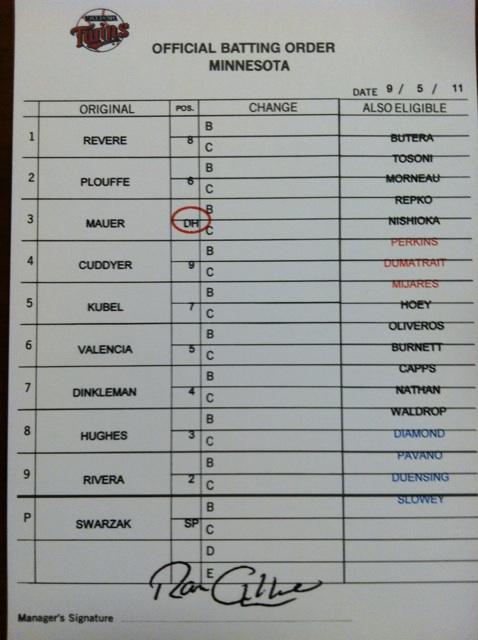 The DH was implemented in the American League in 1973 after the owners voted 8-4 to give it a 3-year trial run. In the first year of the DH, the American League posted a higher batting average than the National League. The rule would carry into the World Series where American League teams would have the DH at home, but would lose it when they went to NL parks. Starting in 1997, interleague play was first introduced, making it the first time (besides spring training) that clubs in different leagues would play during the regular season. This meant that NL teams gained the DH when they went to play AL teams on the road and AL teams would lose it on the road. Interleague play, however, has been more of a hassle for AL managers and teams trying to prepare their pitchers to hit.

Interleague play was MLB’s way of trying to connect the game’s fan bases and allow fans to see different players. While it was popular in the beginning, there are few matchups that carry much excitement (except the Subway series between the Mets and Yankees, the Ohio Cup between the Indians and Reds, and a few others). The one advantage was all the interleague games were in a block, so AL teams like the Red Sox could prep players like David Ortiz to get them ready to play the field. American League teams have consistently had to make sacrifices to their lineups and defenses to field a team during interleague play on the road. The NL when playing on the road would gain an extra hitter and lengthen their lineup while the AL team was back to normal. While it was exciting to see other teams, AL managers were glad it was it was over in July. Then, the Astros moved leagues.

The Houston Astros moved from the NL to the AL in 2013, making the leagues even with 15 teams each. While it evened the divisions out to 5 a piece, interleague play would happen every night of the year. Managers could no longer prep to face those teams like they could when interleague play was just one month of the year. 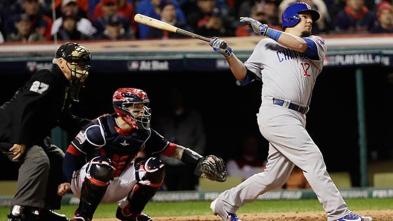 Kyle Schwarber hitting at Progress Field as the Cubs’ DH during the World Series. 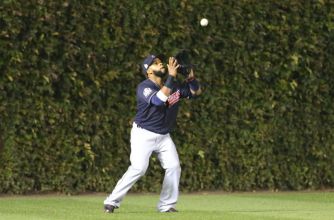 The issue became even more stark in last seasons’ World Series between the Cubs and Indians. The Cubs regained Kyle Schwarber in an improbable comeback from a torn ACL earlier that year. Schwarber was not allowed to play the field because he had yet to be medically cleared. He was the Cubs’ DH when they played in Cleveland, but could only pinch hit at home. For the Indians, manager Terry Francona weakened his defense to fit his DH Carlos Santana into the outfield and keep him in the lineup.

The point is, if we are going to have baseball be consistent across the board, MLB needs to either eliminate the DH in the American League, or add it to the National League. Earlier this spring I wrote an article that the role of the DH is changing. You are no longer seeing those full time DHs and managers are using the spot to rotate. Still, it means that there are hitters that will be getting more at-bats. Managers can rest players and get their pitchers out of the batter’s box where they can become injured. On the flip side, you lose an element of the game. The small-ball aspect where managers unload their benches to pinch hit for the pitcher, use double-switches, and sometimes throw a pitcher in the outfield for a half inning would be eliminated if the NL adds the DH.

Regardless on what side of the issue you’re on, regardless if you like things the way it is right now, baseball cannot continue like this. There is no consistency across the game. You have stars like Albert Pujols leaving the Cardinals to go to the AL because he knows it can extend his career by being a DH. You have great hitters like Todd Helton, who was with the Colorado Rockies for life, who couldn’t give his back a rest and was forced to retire before he wanted to. The World Series, the most important seven-game series of the entire year, doesn’t have consistency when teams need it most. For the overall health of players and the game, Major League Baseball needs to decide: are we keeping or eliminating the designated hitter?