In the early hours on the morning on Sunday, Japan and the Netherlands were locked in a close game in the Tokyo Dome. Japan made some brilliant defensive plays to hold the lead, but couldn’t keep the magic going in the 9th inning when Netherlands 2B Jonathan Schoop hit an RBI single to send the game to extras. Neither team plated a run in the 10th, so we went to the 11th inning.

According to new rules for the 2017 World Baseball Classic, both teams start the 11th inning with runners on first and second. Japan took advantage. Substitute RF Seiya Suzuki advanced the runners on a sacrifice bunt, and 1B Sho Nakata brought them both home with an RBI single in the next at bat. 8-6, Japan. CF Jurickson Profar led off for the Netherlands in the bottom of the 11th, but tried to hit instead of bunting the runners over. First pitch: pop up to Nakata. RHP Kazuhisa Mikita put down the next two batters in order. Final score, Japan over Netherlands 8-6.

Fast forward to the afternoon. The Dominican Republic looked set to finish play undefeated in Pool C until Colombian catcher Jorge Alfaro homered in the 8th. The next inning, Colombia had runners at the corners with one out, only to stymied by a perfect throw from LF Jose Bautista to turn a double play at home. No runs in the 10th; on to the 11th.

RF Mel Rojas, Jr. came to bat for the Dominican Republic with Bautista on second and 1B Carlos Santana on first, per the new rule. Rojas laid down a sac bunt, advancing the runners. Colombian pitcher William Cuevas then walked CF Gregory Polanco to load the bases and pitch to C Wellington Castillo.

Then, the floodgates opened.

Castillo hit a single to left, bringing home Bautista and Santana. Cuevas walked DR SS Jonathan Villar to load the bases. Then Jean Segura hit a deep double to center to clear them. When it was all said and done, the game went to the bottom of the 11th with the Dominican Republic up 10-3.

The Colombians, with their Cinderella carriage having turned back into a pumpkin, went down in order in the 11th. Final score: DR 10, Colombia 3.

The common denominator between the two is the 11th inning rule, where each team starts with the previous two batters in the order on first and second. While implementing that rule in regular season MLB games would be a terrible idea, it works perfectly for the World Baseball Classic.

Managers, organizations, media members, and fans alike have complained about injury concerns from the World Baseball Classic, particularly regarding pitchers. Teams don’t want their players pitching too many innings – Chris Archer was even pulled after four innings due to a preexisting agreement with the Tampa Bay Rays.

But by starting the 11th with runners on base, you shorten the game and limit the number of innings the already-taxed bullpen has to pitch. If everyone is so concerned about overworking pitchers early in the season, this rule takes away some of that workload.

It also adds a new wrinkle to baseball strategy. Both teams that won in the 11th on Sunday–Japan and the Dominican Republic–had the lead-off man lay down a bunt to advance the runners, betting on the fact that one of their next two hitters could bring home the runners in scoring position. That gamble paid off. The Netherlands, on the other hand, gave Jurickson Profar the green light to swing instead of advancing the runners. He popped out on the first pitch. 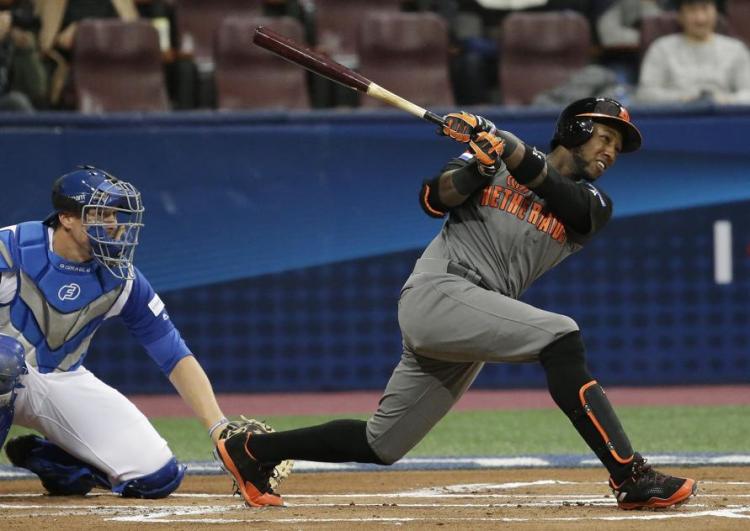 In this new set of rules, is it smarter for managers to use the lead-off man to advance the runners by laying down a bunt? Is two men in scoring position better than one? It’s that simple. Sure, you start with a quick out. But like what happened to Japan, one single gives you a 2-run lead. Runners at second and third eliminate the chance of a 6-4-3 double play. There’s even a chance your opponent will walk the batter to load the bases and try to set up a double play – and if that happens, you have the bases loaded with only one out.

Let’s look at the other side of it. If you give the lead-off runner the green light to swing with runners on first and second, you have more risk for less gain. If you hit a single, you likely drive in one run and advance the other to second or third. But the more likely option–remember even the best batters don’t reach base 50% of the time–leaves you with one out and runners on first and second. Then you still have the risk of a double play, and you only have one runner in scoring position.

There are naturally some exceptions to this strategy. If the lead-off man can’t bunt, or if he’s one of the team’s best hitters, a manager may be more inclined to give him the green light. That was likely the case with Jurickson Profar and the Netherlands. At the time Profar was 6 for 10 in the tournament with a .583 OBP. The Dutch loss may have been a case of good thinking, bad result.

I love this rule for the new strategies it brings into play. It keeps managers on their toes, and it eliminates the number of pitches you need to get from the bullpen. Plus, it gives those game-ending innings an extra shot of adrenaline and pressure – what’s wrong with that? I say embrace the uniqueness of the WBC, and bring on the pressure-cooker of extra innings.

(But the rule is a stupid idea for the MLB.)